Universities in Shanghai have arranged plenty of activities to ensure students who remain on campus can enjoy the Spring Festival away from home.

At Shanghai University, more than 70 international students joined a lecture about the Year of the Rabbit either online or offline. They also experienced paper cutting and Chinese calligraphy to welcome the coming of the Chinese New Year. 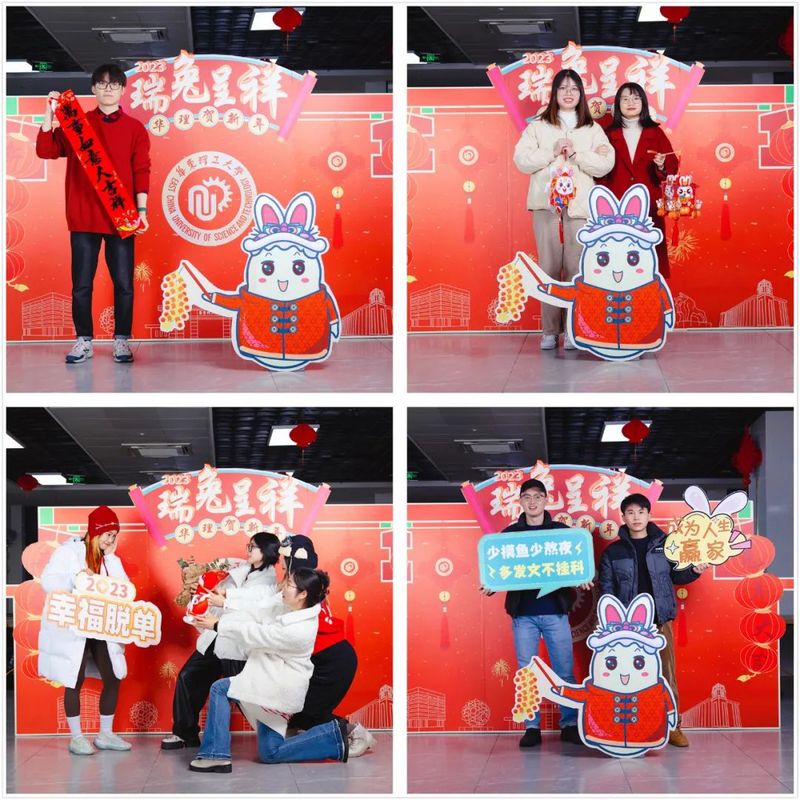 East China University of Science and Technology organize activities for students remaining on campus to celebrate the Spring Festival.

Snacks such as White Rabbit candies, sunflower seeds, chocolate and cookies were given out to students, along with New Year's couplets and ornaments with elements of the Rabbit.

The dorm buildings and canteens have been decorated with couplets as well as lanterns and ornaments shaped like rabbits.

From the Chinese New Year's Eve to the third day of the lunar year, students can enjoy free meals with specially designed coupons. 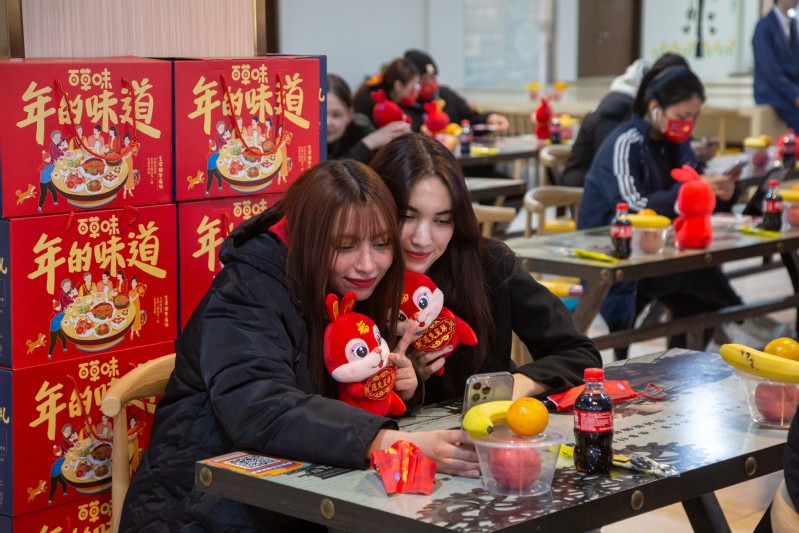 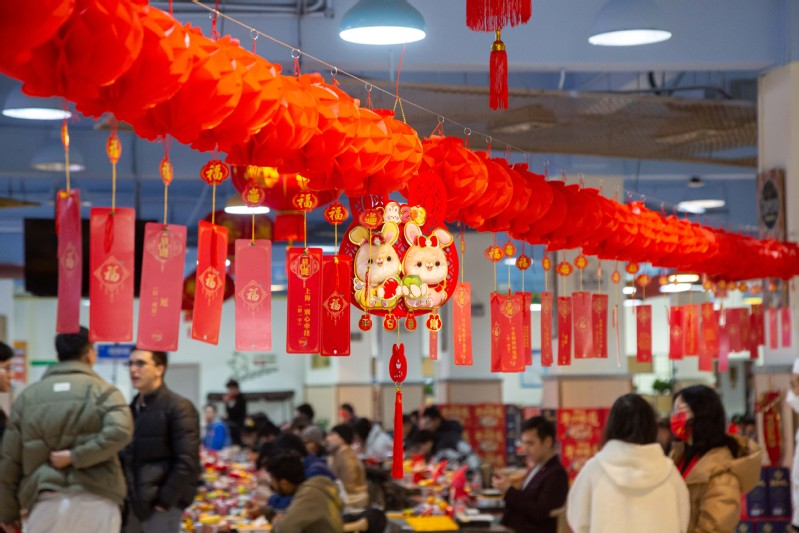 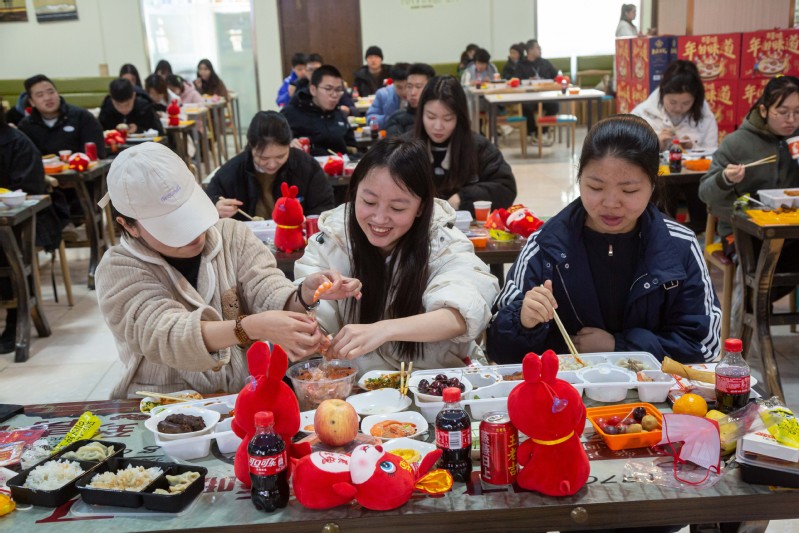 Shanghai Polytechnic University has also been decorated with festive ornaments. University president Xie Qinghua led other officials to greet students remaining on campus, including 35 international students, and have an early nianyefan with them on Thursday. The party also featured games such as lantern riddles and lucky draws.

Primov Mukhammad, a business major from Uzbekistan, said he was happy to attend the event. It enabled him to enjoy the charm of traditional Chinese culture and made him feel at home. He is to graduate this year and it is the last time he will celebrate the Spring Festival at the university. 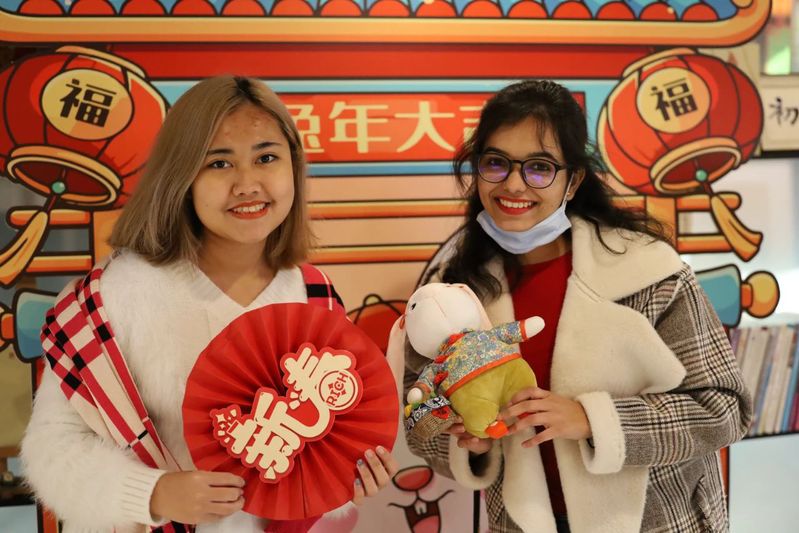 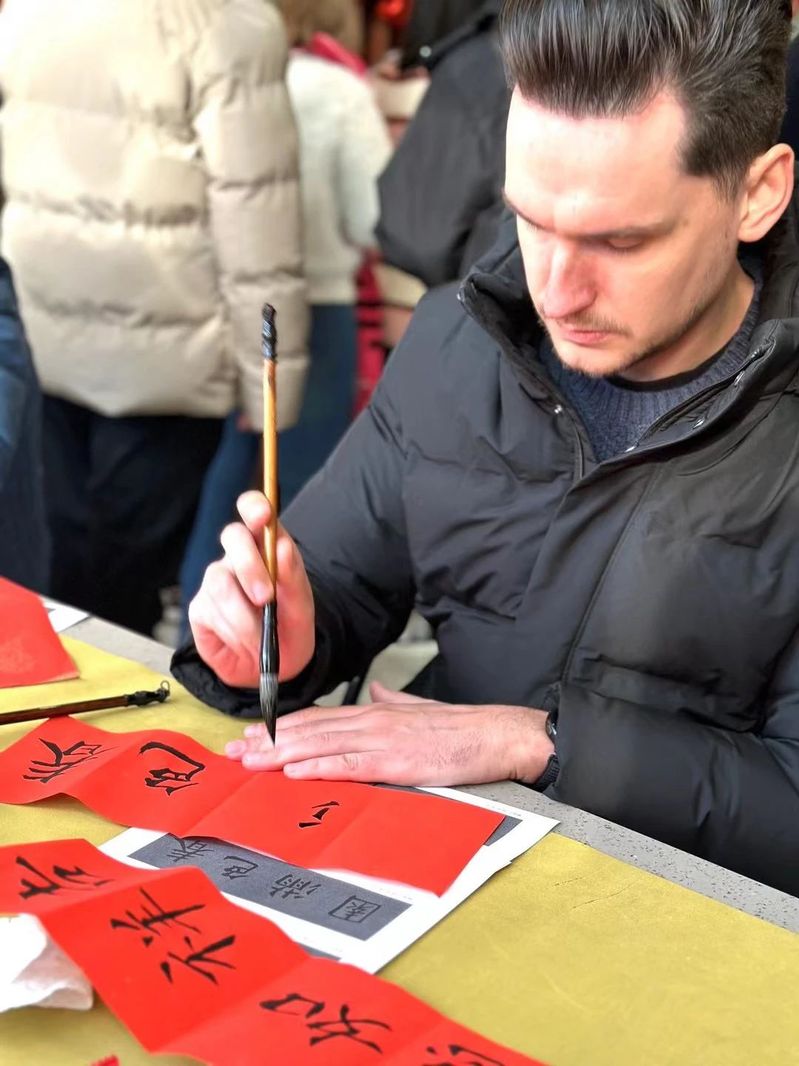 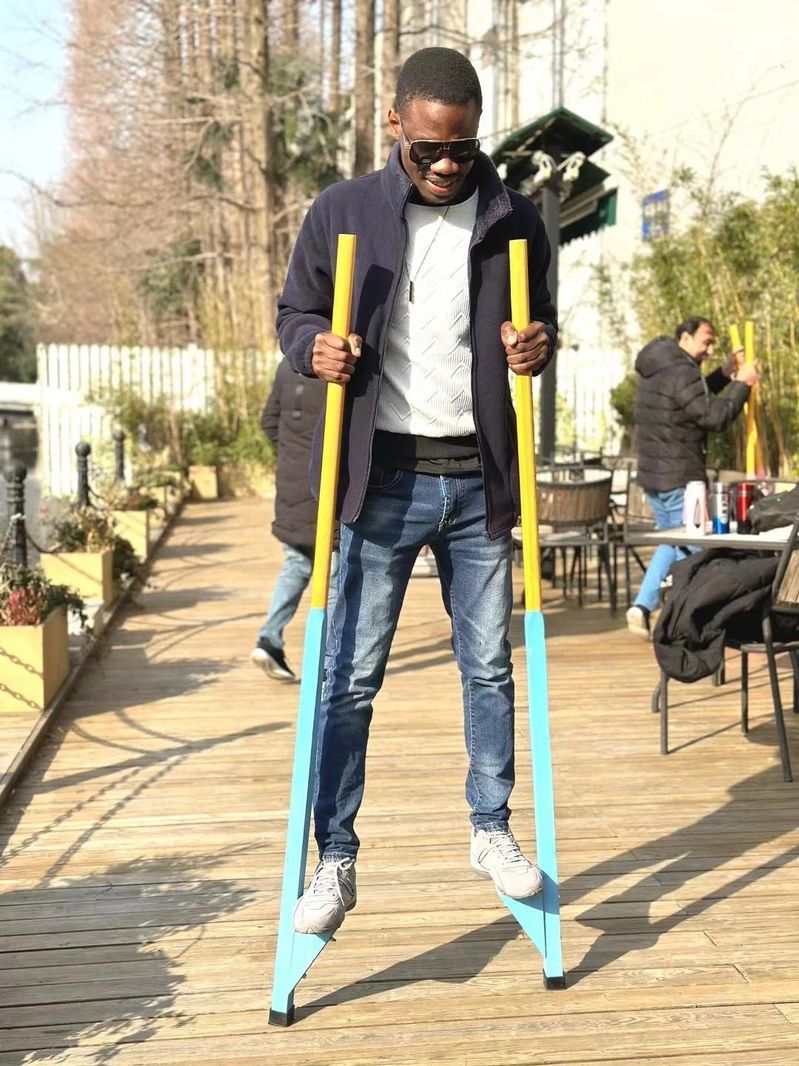 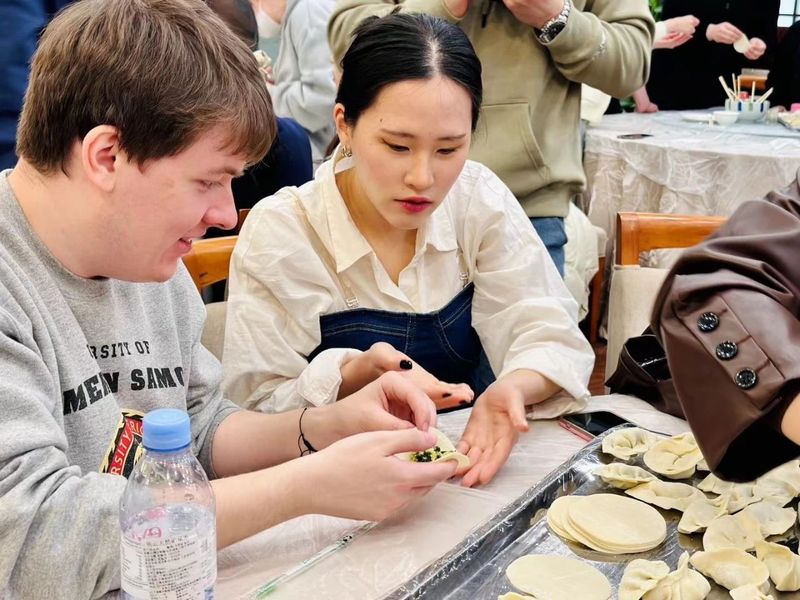 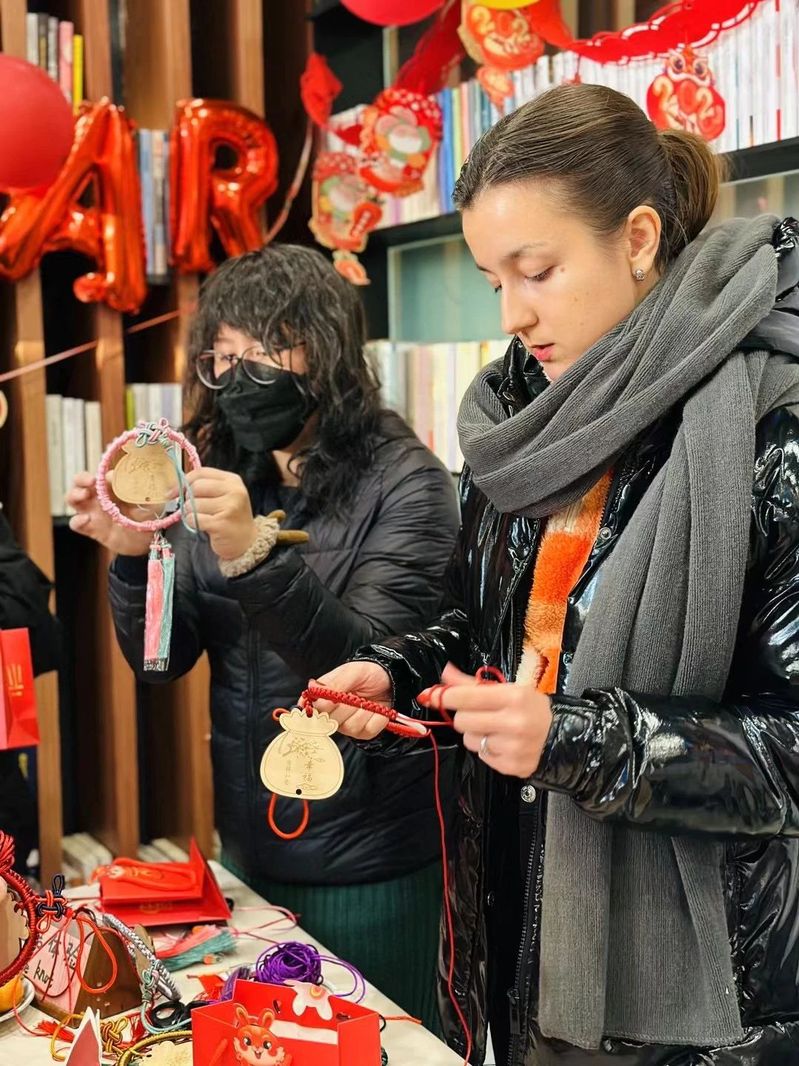 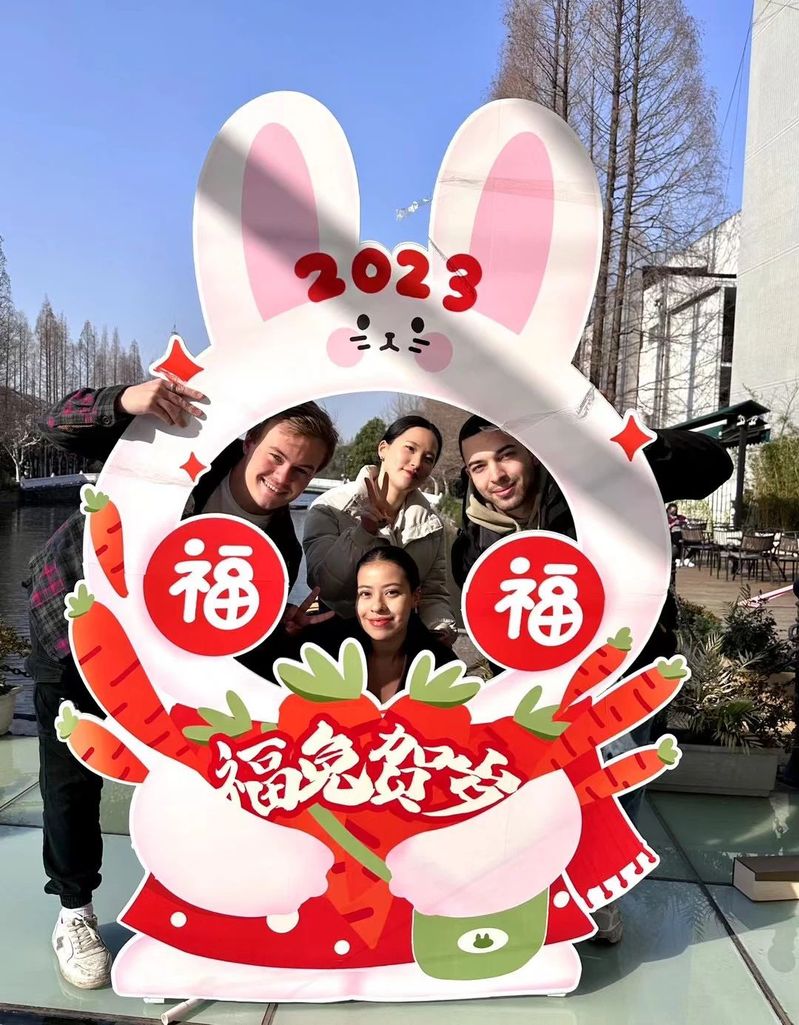 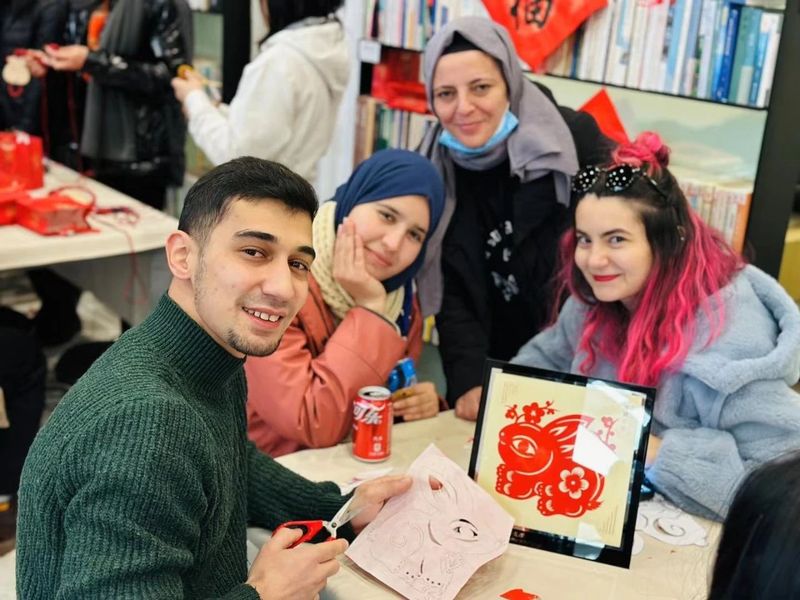 These activities attracted more than 100 international students from over 30 countries and regions.